Cambridge went into the Varsity match as 3-times National Champions, but also in the knowledge that the 4-dance nature of the match could easily turn the tide against them. Having trained extremely hard over the previous 3 weeks in order to build up opposite discipline dances, CUDT was determined to put up a strong challenge.

The modern match began with a strong walk-on from Cambridge, reflecting their formation heritage. The waltz and quickstep were extremely closely fought, with OUDT taking the advantage by just a 1% margin. The latin events were a different story, with CUDT clearly have the edge in depth. This was easily enough to eradicate Oxford's small lead, and secured our second consecutive Varsity victory with a margin of 200 points. 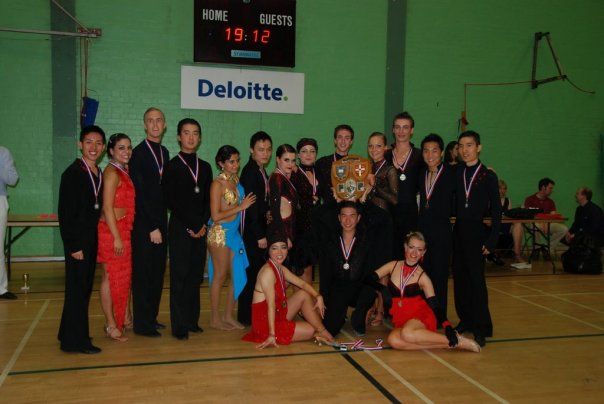 2008 saw the first year of the new format Varsity B Team match: 9 couples each from Oxford and Cambridge, each composed solely of full-time students at the member university. Since OUDC exists purely to promote dancesport, there was some fear that the new rules would play into the hands of the larger OUDT squad. However, CUDT went into the match well prepared, having been actively training a larger team all year.

Indeed, the tide seemed to be going Cambridge's way right from the walk-ons, where CUDT pulled off two remarkable formation routines while Oxford failed to prepare any choreography. The match itself was no less dominated by Cambridge, as the couples in red secured a convincing victory in each of the four dance styles - waltz, quickstep, cha and jive. The result was a clear win for CUDT, with a margin of over 700 points, or around 50%.

The trip to Blackpool proved to be a triumphant one for CUDT. In the opens Cambridge were the only team to have finalists in all competitions. Two notable successes were Adam & Lucy winning all four beginners' competitions and Cambridge scoring a one-two-three in the Intermediate latin with Kevin & Shoko winning the trophy.

The team match was a very exciting affair - the A-team trophy being decided by rule 11. But, after victories in the waltz from Nejc & Pauliina and cha for Shiraz & Diane, Cambridge secured both their third IVDA A-team and third overall title in a row. Notably, Cambridge had three teams in the team match final - a tremendous feat and a superb performance by the C-team. 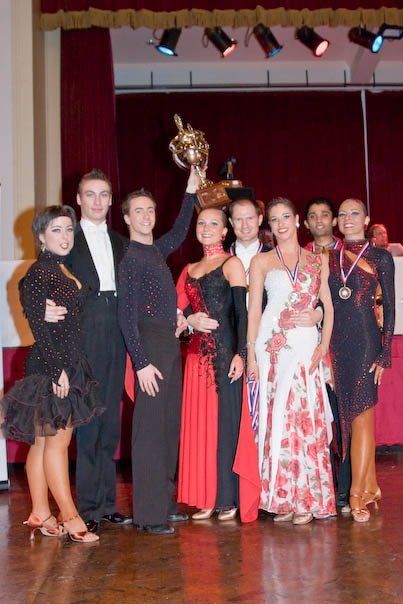 The loss of two top couples from the team match was always going to have an impact on the strength of the overall team. Despite this, CUDT won the C-team trophy and were placed 2nd in the other three. Additionally, Cambridge secured most of the individual victories in the team event:

The annual Sheffield Social once again proved a triumphant day for CUDT. In the opens, Cambridge dominated, having 5 of the 6 couples recalled to the beginners. cha and jive finals and 3 of the 6 couples in the Intermediate Latin and Advanced Modern finals. Opens victories included:

And then the knockout. The final was a match between Oxford and Cambridge. Needless to say CUDT rose to the challenge and won! 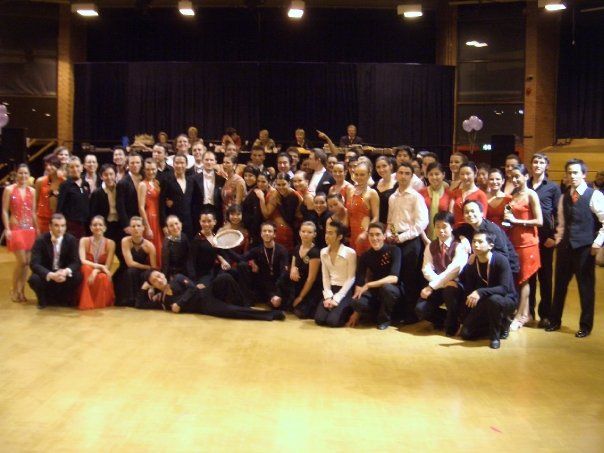 In the team match, Cambridge triumphed in the B and C-team competitions, along with a victory in the A-team match which was shared with Oxford. Individual successes were plentiful:

A tremendously successful day. Well done to all and many thanks to those who came along to support.